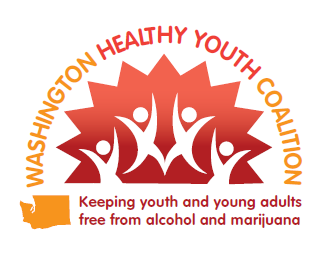 StartTalkingNow.org is sponsored by the Washington Healthy Youth Coalition (WHYC), formerly known as the Washington Coalition to Reduce Underage Drinking (RUaD). Our mission is to prevent and reduce underage alcohol and marijuana use. The WHYC is a partnership of Washington State government agencies and organizations representing traffic safety, law enforcement, faith-based groups, education, public health, policy and rulemaking, and social services. WHYC is funded by a federal grant.

How did the Coalition start?

The Coalition was formed by a seven-member team who attended the 2005 National Meeting on Underage Drinking Prevention. Leaders of key Washington state agencies participated in the meeting and agreed to partner to reduce underage drinking. The Health Care Authority's Division of Behavioral Health and Recovery brought the agencies together as a coalition, and continues to support ongoing efforts at the state level and in communities to prevent youth substance use.

What Are Our Goals?

In 2014 the Coalition expanded its mission to address underage marijuana use, which is the second most commonly used drug by children and teens. Our highest priority goal is to reduce the percentage of 10th graders who use alcohol or marijuana. To achieve these goals, we support communities in changing the factors that contribute to underage alcohol and marijuana use: community laws and norms, availability of alcohol and marijuana, favorable attitudes among adults, and adverse childhood experiences.

We also fund statewide public education campaigns and other strategies to encourage parents to talk with their children and teens about the risks of alcohol and marijuana use, provide educational resources and support to community groups around the state, and support changes to state policies and laws that promote healthy youth and communities.